...
whenever bun leaves germany she hops over to france, to the once great independent country of saarland to be more precisely. all the folk is pretty short in size cause of the hard toil down the mines. the miner's livestyle has always been so popular, that charcoal-grilling pork, beef and frog's legs on a special device the english meaning of the latter being referred to as "the three tossers" and it is considered the country's prime national heritage 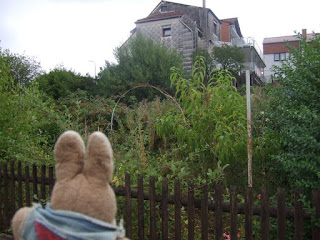 so bun went to the tiny sleepy village of marpingen, that for years has been the center of a region known as one of the religious home county of france next to an even bigger papist conspiracy and has otherwise been known as the french equivalent to danish "Wacken Vestival"

well there is a holy water basin somewhere upon the hill and i've heard word of riots at that open air festival they are about to set up at will any other year.
when that#s going on, then there is some sorta grand open air dubstep party with lots of freaked out folk and the next monday there has been feces and urine spilled everywhere on the village green 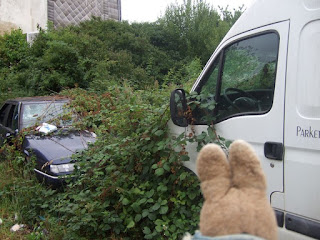 but - next to the many squats their are  down marpinge, they're even is a community trailer park that's open to the public