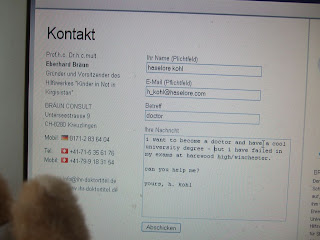 somebun could not go on like this any longer, onna lowest of wage levels, and so she just went to see a specialist onna internet...

PS: will you please donate some dosh so that bun can get her well deserved ph d!

i'm not a fool 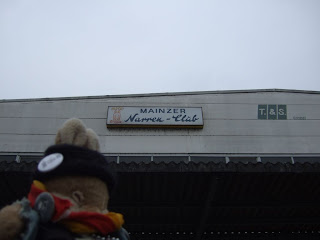 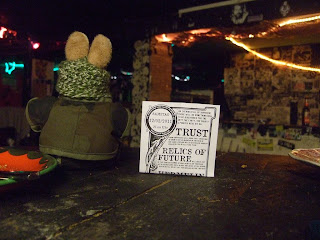 it was sunday the 13th of february, the day right after shooting a documantry down der glocksee club 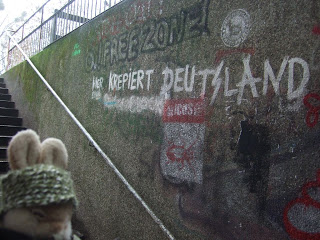 ---and your humble editoress had got word that there was a celebration of her pal dr. nic's bithday planned at der stumpf location by high noon featuring progressive rock duo Trust from denmark! 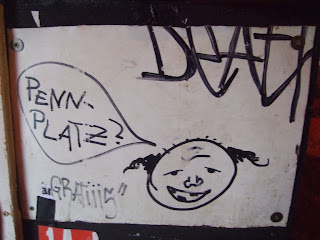 as she had already missed the band Rising from the same country a couple months ago and Rising had been called a smashing live experience by some eyewitnesses bun thought she were never gonna miss a group from denmark again! 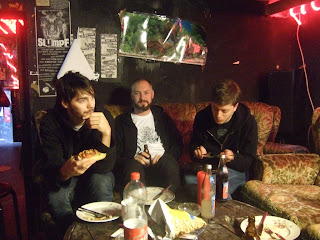 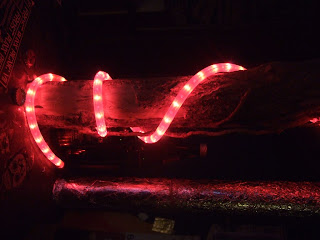 and energy efficient lights got lit so that the guests could watch the group - at first bun tried to watch the band from the counter but soon found out that she could not see a single string from their...

the other band on the bill had performed the evening before and pissed off when the whole festivity had all offa sudden been stopped by the local authorities, which wasn't a nice thing to do to my main man dr. nic onna date of celebration of his birthday

after trust's performance bun took her time to hang around next to the merch table... 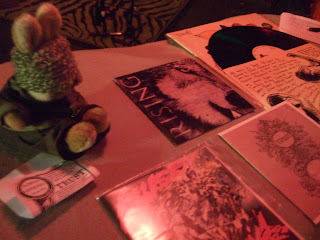 ...waiting for the group to get dressed up for interview that's part of the following movie - taken right from "der Kanal von Haselore"

the band asked your humble editoress to donate some cash for lighting up a candle - a light in the darkness to embrace those poor souls from the local authorities who got nothing better to do than going on upright promoter's nerves... 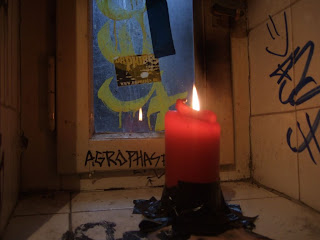 ... and who would not want those nice folks from trust to play there hometown? 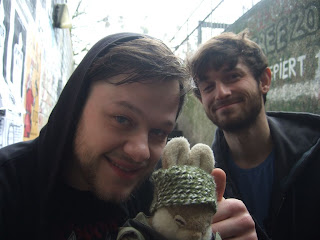 nobunny i guess - except for some poor fuckers... 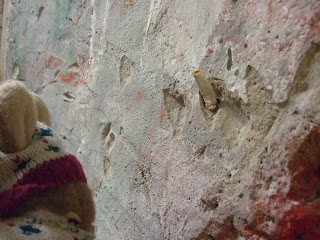 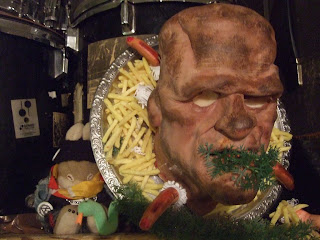 onna yesterday's saturday, the 12th of february 2011 your humble editoress went off to der cafe glocksee once again - this time to see a special show with lots of bands and surprises 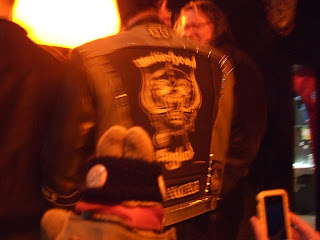 one of the afrorementioned surprises seemed to be a 21st century digital remake of the world famous punkerkartei that is said to have been installed in hannover as early as in 1982... 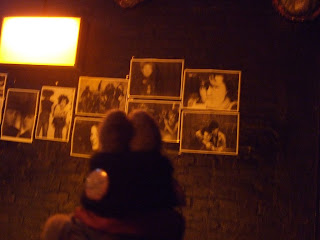 ... and there really was a cop dressed as a photographer to get more mugshots of the unlucky ones made - apparently she tried to catch those unsuspecting folks that came hopping back on their way from the conveniences... 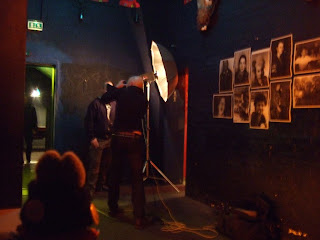 fortunately having not been recognized by the larger public so far, bun went into the main hall to get a glimpse on what was going on on stage, bandwise:

at first she got to watch the simpletones playing they're which was a surprise indeed and they were followed on stage by kein hass da which is basically the old bad brains singer...

...with wot looked like a new lineup exchanging the brothers for some honkytonks out of... well, dunno... ...austria perhaps? 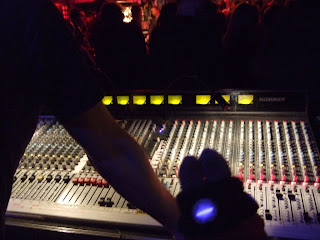 "nevermind" bun thought and she made sure to get an even better seat that was located right behind the mixing desk......that very sadly did not do any good to the sound coming up from her next clips:

soon after the show had finished it got time for your humble editoress to make a polish exit - as her jerry friends use to call this kind of quick piss off under the radar... 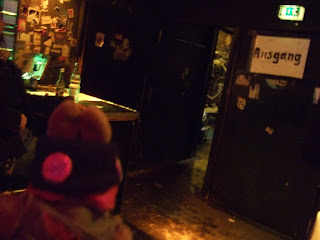 on the outside bun thought that she could as well check out phonogramm who were playing vice versa the cafe glocksee - and obviously they were doing alright!

... and as usually you can watch more of this evening*s cool vids on "der Kanal von Haselore" up on haselore.net 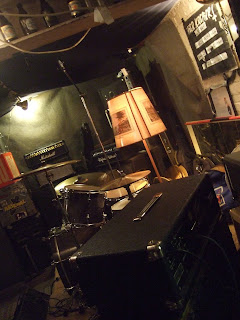 ...
yesterday i met my pal snakey once again and once again we went out onna drinking binge... 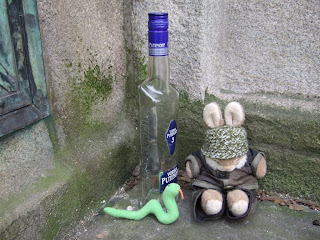 PS: will you please donate some dosh so that we can buy more brew 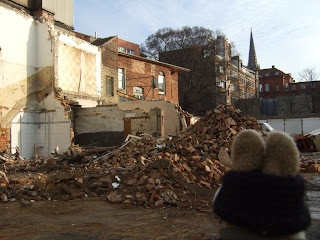 suddenly it weren't their any more...

inna october of two zero one zero your humble editoress went to a practice of world famous krautrock orchestra hier krepiert that she documanted on right here on her own cool channel called der kanal von haselore, when all offa sudden she noticed one of those glossy stickers by cave canem - right next to an advertisement for the lyrical offerings of the kopfnuss verlag. 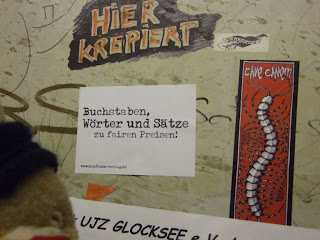 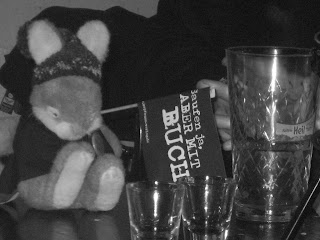 ... and here know is a short overview of your humble editoresses's experiences down the west german frankfurt that features the following fine poets: 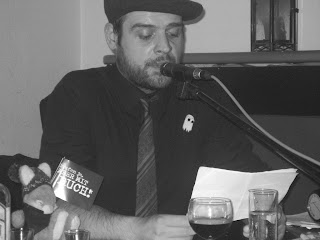 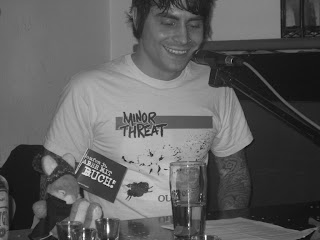 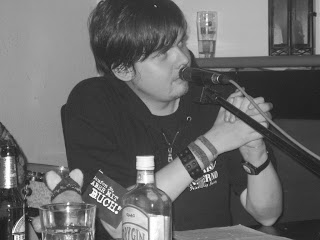 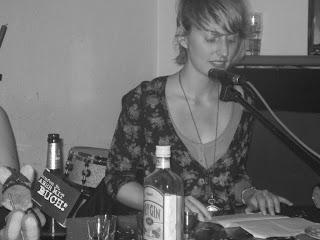 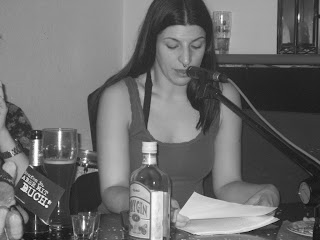 as well as mrs. gianna whoselastnamebunforgot

...and here they are live and in interview directly from der Kanal von Haselore:
yours, the queen of internets, haselore kohl