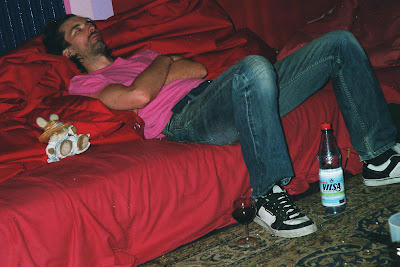 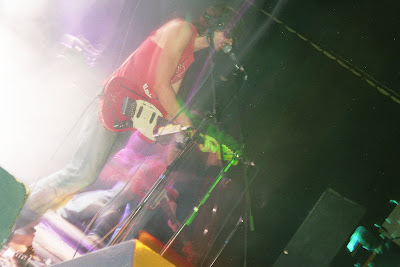 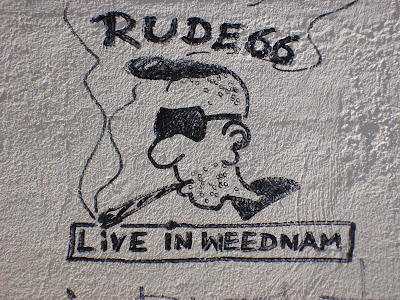 I&I like her or his style very much anam really deeply and personally touched by some of the topics the artist works on! 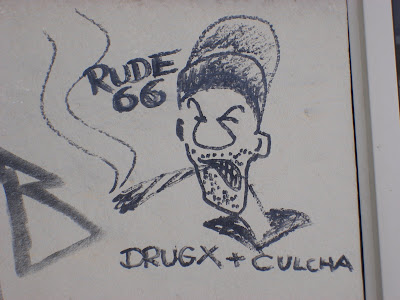 me dunno if rude 66 dreams about his topics when she or he is sleepy and like my auntie did when she was still alive at over 80 and used to paint the flowers and landscape around the village she lived in. me dunno the current incarnation of the rude 66 ana dunno if she or he's a whitey like slice of toast inna morning or a proper sister or a brother... 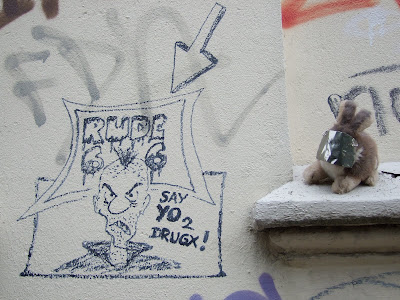 ... and why should I&I care at all and put some boring genda onna agenda when I got nothing to worry about on this day the almighty gave to me 'cept for cleaning hasmuth's scrap metal mask!
... when me got bootie recordings like dis-ja 'ere onna cassette tape!

see nothing, hear nothing, say nothing; yours haselore kohl
Gepostet von Haselore Kohl No comments:

kohl vs. guz & the averells

you could see the photograph of myself waiting for guz anna averells inna lastweek. i am sure you all love those shots where you see me waiting for anything to happen and that you can't stop wondering why i am such a queen of hearts! but for the sake of cutting a long story short as well as the precious time that you spend on reading my blog: I just decided to cancel the birthday and rather work on me career and stay at home and type some review and put it onna internet! now i just continue from where i ended inna last week:
... then finally when the show began the group started off inna really interesting dual guitar lineup. I thought they were good not only because they reminded me of goldstar (funny enough "maschine" rather than "mongo bar") but goldstar sadly never got this tight as the averells still do. 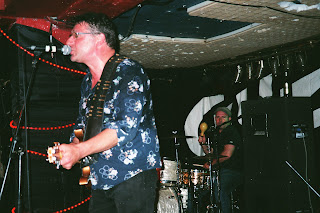 guz anna averells are probably the best group from switzerland (at least they are the only good one that i know of) since the aeronauten have called it's quits. but two of them are playing down withe man inna averells so everything is fine and there is that overall important strong drummer the aeronauten used to have - employed at those expensive swiss wages just for your entertainmant!
I don't fancy their studiorecordings so much, just a couple of songs, but the band played a cool set and some rather old fashioned independent music came to my ears; you can see from the shoes guz wears that he probably owns one or the other record by the violent femmes - but best thing is that you can actually see the shoes he wore onna photograph if you got a real good screen!
.... but sadly won't hear what he said inna original swiss language when he got angry cause i didn't have a recording facility with me - a fact to have its fx onna transcript of the following interview session! 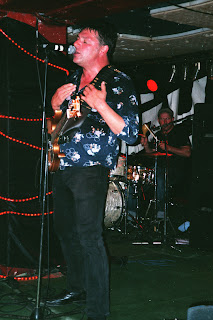 but back to the wha'ppened - here know is guz inna interview with your humble editoress:

Kohl: First question being how old are you?
Guz: Fourty One
Kohl: Inna last interview the man said I should guess...(!)
Guz: Stupid answer....
Kohl: O.k., Next one, what is your favourite song out of all the bands that you have ever played in?
Guz: I could take the easy way here and say "Freunden" but no I don't want it this easy!
I want to name a song that is being played by my current band. yes then definately it's "Rollin and Tumbling"!
Kohl: o.k. third ana last one, how did you like the show?
.. and from here on me memory has gone off for a bank holiday, but i think he said something about being 'exhausted and happy' but i do not wanna misquote him on that important topic really. 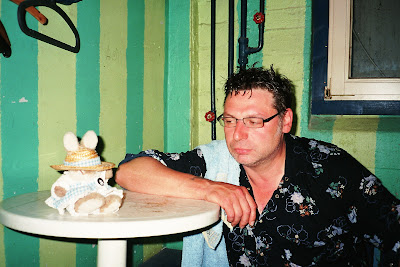 I just hope that nobody out there or the artist himself proves to be so cruel to be willing to stick da legendary first carrot up my bum for my embarrassing beginner's mistake!
so to do justice to guz here 's a link know to a video of rollin and tumblin shot onna same german tour anna hope that they gonna come back to the bei chez heinz because i like a musician that lost there teeth inna rock'n'roll if it's not harley ana just hope that more than 30 people will come to see this great songwriter and bandleader inna next time when he will come to hannover anna i hereby promise that will ask him to leave me sound sample of what he thinks the swiss team is being pronounced by his fellow mates inna land where the germans serve as gastarbeiters like my pal spinne who has just offshoared his customer services to outside of the EC and saves lots of money on taxes every year.

see you inna next time and you sure own me a for a couple of my great punchos know and don't be sad you missed to see the guz with all of his guts next time and now you own me for yet another one, yours haselore
Gepostet von Haselore Kohl No comments: 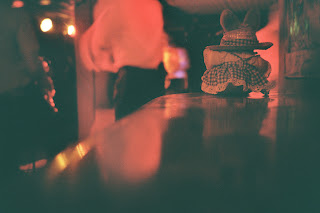 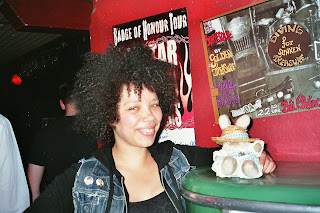