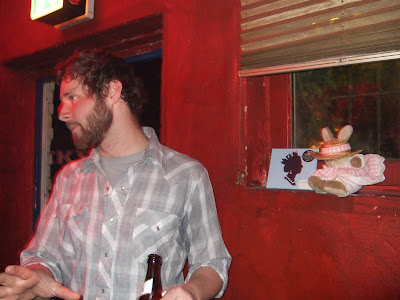 downtown trier i was told that the germs had played their only show in germany right they're inna last december and got asked what i thought of them... i did not say anything but pretended to sleep cause i was being extremely careful and were not going to offend anybun! 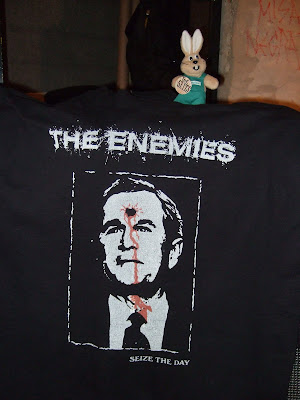 but meeting with der famous tattoo maniac reminded me of the evening i got that underpaid and inna end even unpublished photojob that i shared with michel vaillant.... 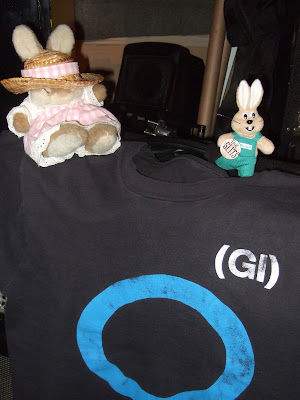 we were making fun of der fact that there was the germs tribute band coming to europe who were out of all places going to play trier. this by the help of the actor from they're film instead of the real glen matlock who used to sing there and who had played thedifficult role of the overall thoughtful intellectual who was carefully citing his poems over the music for several commercially unsatisfying years. 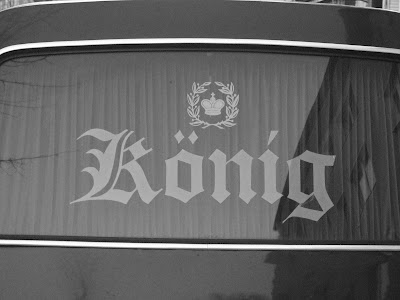 of course only untill he got stiffed by an o.d. which he had got handed over from courtney love when she was a bit younger than she is know. that by the way was shortly before the band finally realized that they would never ever make it on warner or one of there specific subdivisions and the germs therefore called it a day so they did not bother to ask pat fear to join the band that's why you had to wait for that cool cover of instant karma for so long 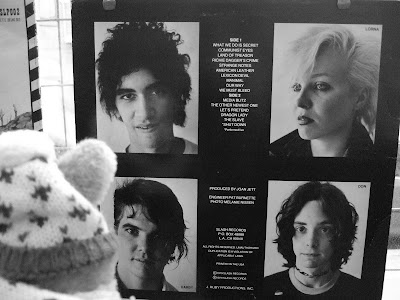 ... and of course this had been evening on that i had only told my husband hasmuth that i was supposed to be meeting dan mangan from canada at his show down der cafe glocksee

the place was well packed and somehow the fill in driver had lost the camera and in the time it took him to get it back the cool show was over and done with dan's final encore. then i had to wait for the interview to take place 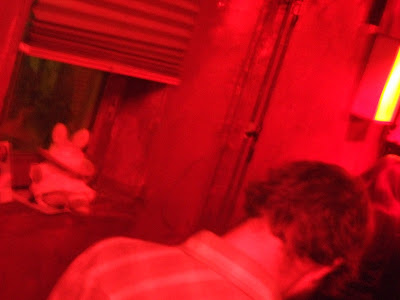 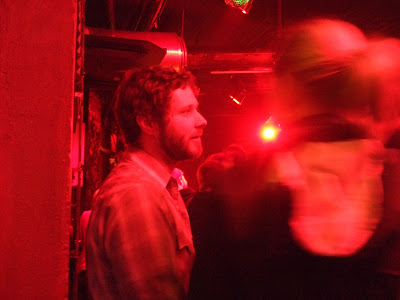 after i got up again from my little rest i tracked dan down onna chaiselongue backstage of der cafe glocksee. ... and here know is the interview with dan mangan:

i thought that the album cover was so i would like to have it onna official meeting-up-with-dan-mangan-erinnerungsbild. 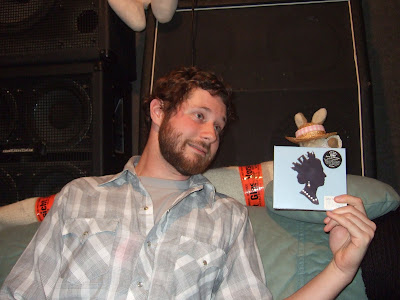 this was not that clever as i thought cause my left paw was aching for about another two days holding up the cd for all the time the confused driver took to change batteries...

still the cool cover of dan mangan's album reminds me of the germs cool artworks (that were mostly done by jamie reid) and there best song from the never mind the bollocks album and i think that onna photograph below it fits very nicely with the dress that i had been wearing this evening... 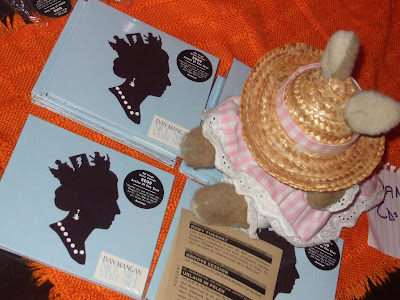