atrocity exhibition too - an evening with major murks & child abuse 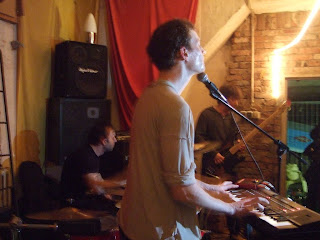 onna 10th of january two zero one one your humble editoress hopped over to the other side of der river liene cause she had been invited to the second child abuse show in hanover/germany within the course of just 360 plus daymares! 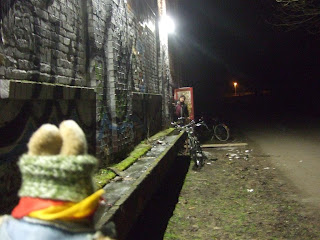 upon her arrival bun was just lucky indeed that the door of perception got swung up wide open in order to celebrate her lovely appearance! .. and she took her chance to watch the last part of major murk's support set 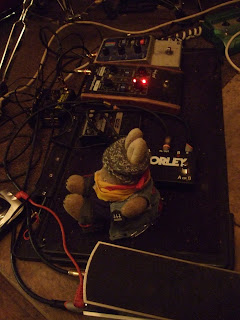 from that special seat his very-rarely-if-at-all-smiling manageress had reserved for her!

as you probably have heard for your beautiful selves inna cool video-sequence right above this block of rather unnecessary text murksey's set was basically about molesting two rather old fashioned types of personal computers very hard! after the set - that got the artist quite a bit of well earned attention - your humble editoress took the chance to check out the ambience of gott's favourite place ... not to say there very own wreck of a so called rehearsal room... 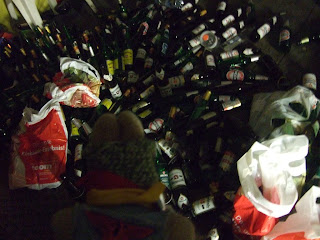 ... just up to the point in herstory where child abuse came up on stage to prepare there gear for they're all out attack! 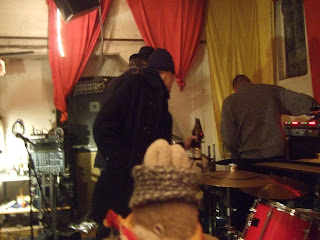 child abuse started playing there set to a delighted audience consisting of some dozens alternative music fans eagerly awaiting to hit the "likes" badge on there facebook pages right after having returned home from the show... 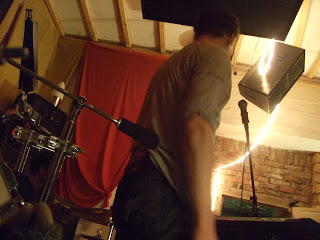 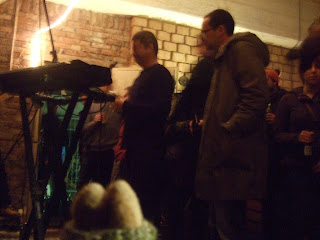 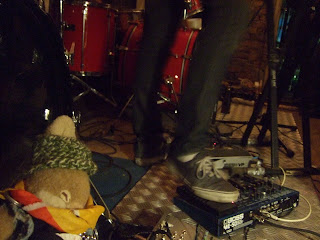 after the encore of child abuse's set 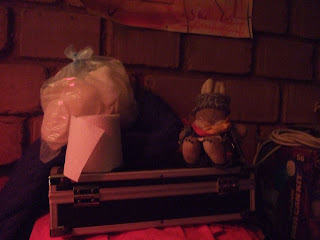 while trying to chat up those underpaid servicemen behind that very bar... 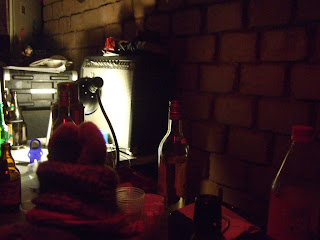 and all went according to the detailled plan your humble editoress had laid out days if not weeks ahead of the actual happening... 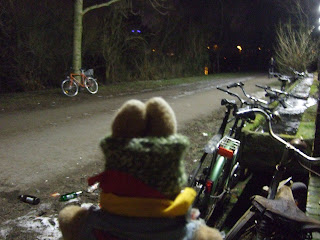 having finished with the interview bun went on her way home and got a chance to have this very special evening's remains portrayed and documanted on: 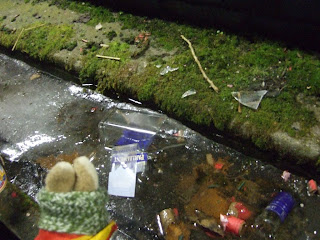 she even met some members of her favourite local group the name of which begins with a capital q and does not end yet when it has come to the second e: 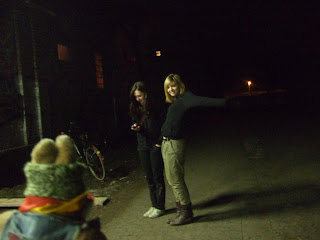 but in the dark your humble editoress also envisioned some strange appearance in the park- most likely the one of dr. fulci - a creature that seemed to have spawned out from some horrible eighties new wave disco with the monochrome coming out of her sony walkman 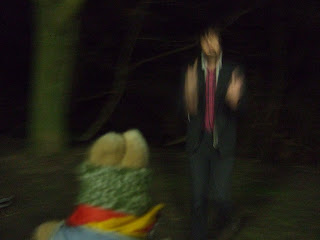 have a nice one, just as somebun else will, and in case you want some more of the music - well... here it is..., abusively yours, haselore kohl
Gepostet von Haselore Kohl