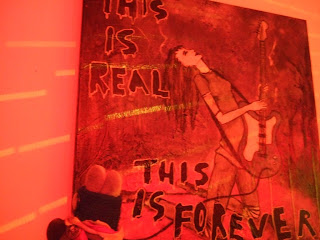 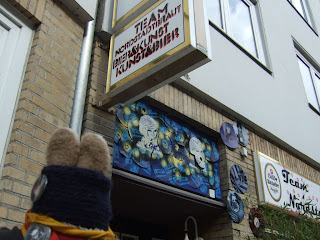 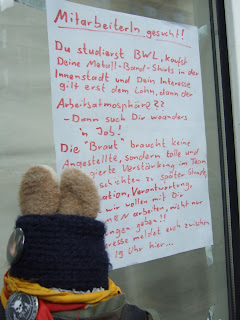 when suddenly she spotted another advertise that made her curious what kind of show exactly would be going on at that pub later in the evening... 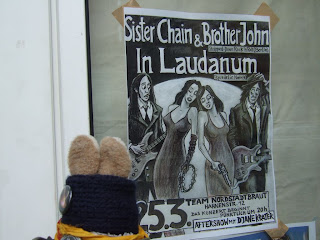 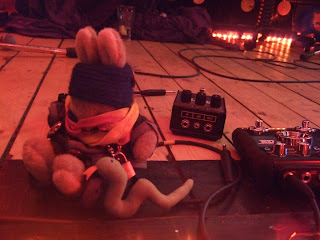 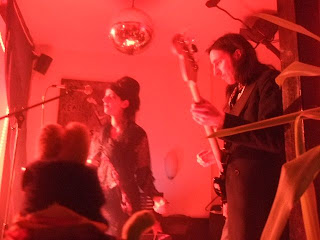 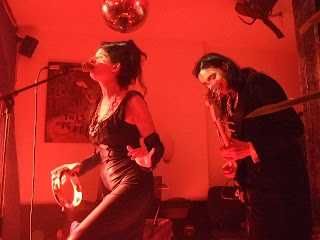 ###
after the show had finished bun made an appointment for an interwiew and so snakey and myself had to kill some time. at first we were trying to nick some stuff off the merch table... 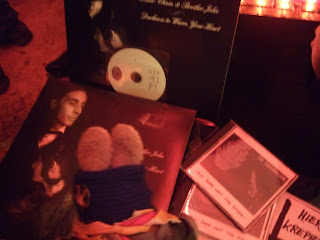 but with not much success... and suddenly your humble editoress got to realize that there was an exhibition called "welcome at my playground" going on in the taproom! 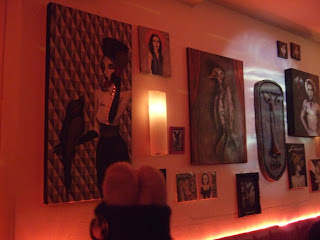 displaying some fine pictures by my pals pixi bird and mrs. tripwire 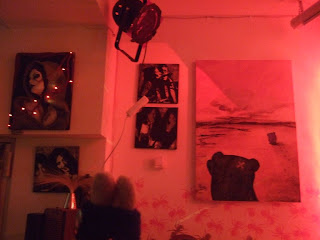 a tad later eventually sister chain & brother john made it over to the interview that was going to be conduct for Looking For Kohl - the very same blog that you are reading right know!

after we had finished with the interview your humble editoress was going to get some more drinks when it dawned on her that the waiters probably were not going to bring her any more free refreshments - a fact that bun took as a reminder that the time had come to hop home to her bed... 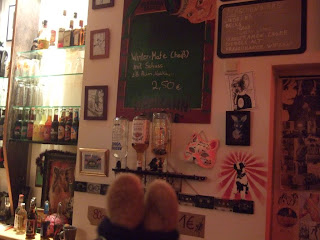 ... but not before getting another photo made with the evening's cool bands! 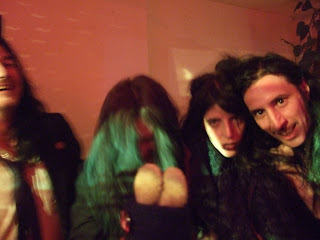 see you next time around, yours haselore kohl