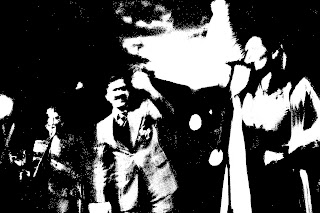 I hope I mentioned onna blog that jaques palminger is a very nice person anits just that I don't like some of the content he promotes with the music but thats got nothing do do with him as a person - cause when he recognized me inna audience he gave me a short nod with the head and something like a german version of a proper double paws up nevermind the difficult performance he was stuck to!
anam right now not so sure if i have mentioned here onna blog before that my advise to the kings of dub is rock to clean up their act and to seriously kick all the gay elements out of their show ana hereby mean all the apparent racist and inherent sexist element and do much less of a stupid joking and take even more of that existential stance because it is just that the contents won't live up to the musical performance 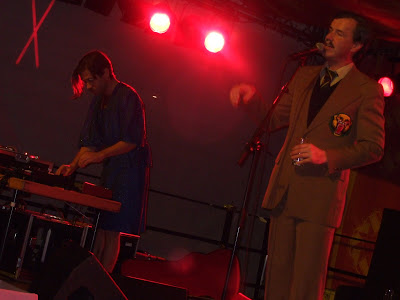 ana hope that the kings of dub rock read my piece very well and that they send me an mp3 cdr of this record that i found onna internet because they have good reason to do, so that I&I would not have to get them tunes off the internet in what usually turns out to be one of those lillegal download allnighters - where i could be traced back and then nicked and get seriously fucked by phonographic industry - cause the phonographic industry needs the money from the youths know to pay for all the shit they produce and to support a myth that is against all nature of all people inna society and that keeps millions of people in slavery to parasites allaround the world: 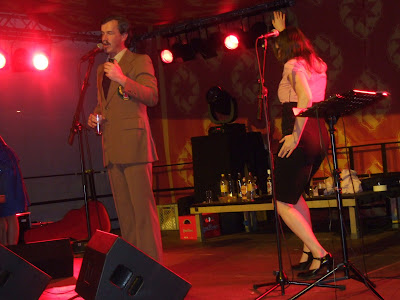 the totally queer concept of intellectual property that gives a shit about the realities of life out there and the developement of society inna whole! 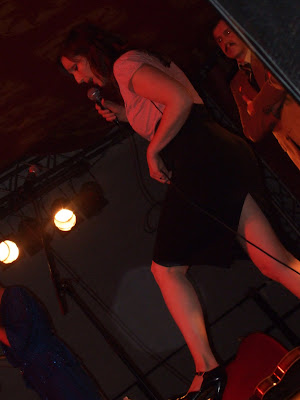 but dem youths like me out there - they not gonne get fooled any longer and be fucked like sheep by that industry - and so after 50 years handing over our pocket moneys to some fancy record dealer we are just refusing to pay our pocket money to them for any longer and they can all fuck off and go die or stuff their fancy secrataries or a&r departments up their bums and sink with all their plastic shit and all their weak artists and all the crap they try to rip off the youth's money with! cause know somebun else is ripping off the youth and this time it#s for ringtones for there mofos!
but nosir, I won't follow their rules and yessir all that professional "music business" scum will be wiped off the face earth sooon and probably a lot faster than you can say "his imperial I likes his marley record" 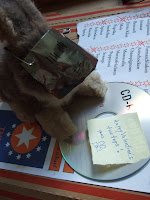 ana hope that the kings of dub rock doesn't read on and find out that for the above explained reasons hasmuth nicked a copy of their cd inna media market.

and that hasmuth later threw away the original piece of evidence - but not before illegally transferring all the data from that cd on to yet another medium, a cdr in this case, and that he gave that to me for valentine's cause he nows that i prefer a heavy beat as long as it's not that stupid rap music he listens to himself and as long as he does not steal any pennies from my "hello kitty" purse to buy things like that! 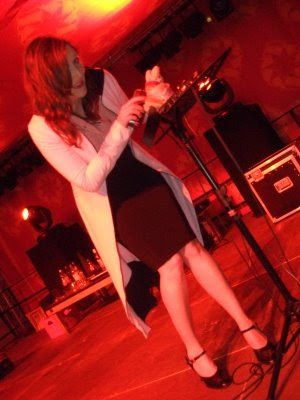 show I bumped innada Rita Blunck who in life looked even larger than onna stage to me. she is one hell of a jolly princess of underground music so I was real glad I could be onna photograph with her - just having seen her onna stage you would not think she was such a nice person as she then turned out to be: she was really cool meaning she let me have some of her drink and showed me her way mighty fx board!!

jaques palminger himself is a real gentleman. not only does he dress up like one even better is that bought me some long drinks - but he did not get into detail too much when he was asked about the financial details of this happening - but why should he bother to answer to that? 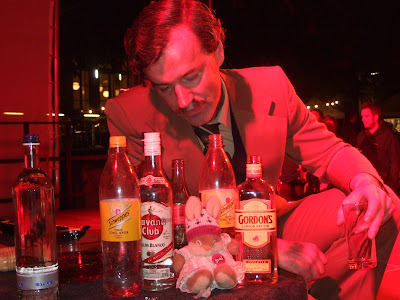 and why should I have bothered to tell jaques that i only was there to do the kings of dub rock caused i missed the sterne the evening before and as i have mentioned before - i like the musician who lost his teeth inna one a dem rock'n'roll jobs! 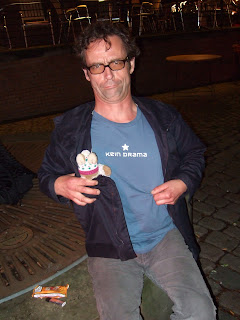 I also met up with some friendly frenchman ana also posed for a shot with him, but mind the tobacco packet.
cause when the frog had pissed off again, I just hung around the spot for just a little bit longer until i could sneak the packet in a a quiet moment. ... and that later helped me to bribe some body when talking the person into getting me home safely.

what I did not now by the time i met Jaques is that he once played inna dackelblut and was their drummer even onna fantastic first LP that I have mentioned elsewhere on my blog I think! ... ana just noticed that onna above link you mostly get some lame songs off the second album except for the one which is really good but of which i have forgotten the name. 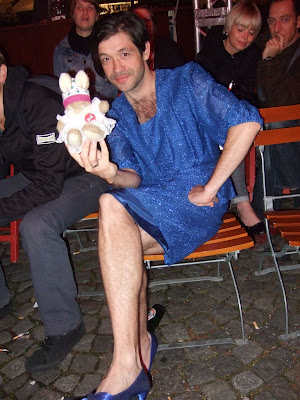 but you can listen to the song waschengehn from the first album on some other myspace page (I forgot da URL again) butdo not listen to any other stuff there - e.g. there's trend put on and that's music that is just poor crap.

ana almost forgot: they also played Marieanna which is my favourite song by the kings of dub rock cause it very heavily reminds me of that old LKJ cover by Silvi & die Awacs, a band that you have very probably never ever heard of and you very probably don't really wanna get to now any better except for that one song on there one and only album which had a german title that i forgot.

ana was lucky once again cause after when everyone had gone for the backstage area I had the chance to meet up with the Viktor Marek again ana could talk him into my ever changing concept for the realization of a good photograph!
so look how me cool chillin' onna viktor marek's gear! 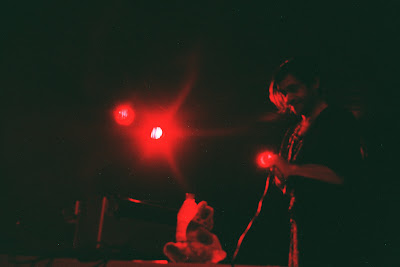 ask me for today's playlist ana dunno, probably just
dag nasty by dag nasty & maybe bring back the days by the embrace