meets the kings of dub rock inna firestation - to be continued 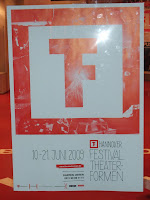 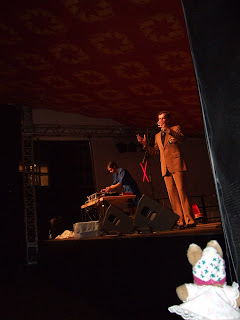 not that early arriving and waiting for like an hour or so for the show to begin... at least the promoter had had the very good idea to get some decoration for the stage and in this case everything was set up nicely

as it seemed to me palminger made that all important step towards a possible audience: he got one of the best producers (viktor marek in this case who does a very fine job for jaques palminger - possibly nobun else in germany could do! ("naturally except for dj rabauke" as hasmuth told me later, maybe I should listen to an Eins, Zwo - Record - but to be honest I don't think I ever will ever do) 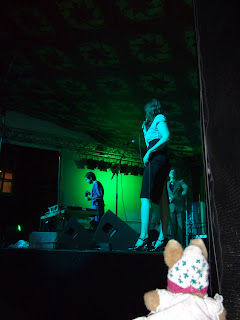 back to topics the sound was really heavy, powerful & mighty. the rest is easily explained: apparently jaques palminger serves as the host that's got the band tied up strong to his game.

then all of a sudden all the girls showed up that were gonna try to hook up with the one Viktor Marek after the show and so they came up to the front of the stage - some of them could articulate themselves quite well ana followed the discussion that had developed between some of them: the queen been mentioning the fact that the woman who filled the role of the woman onna stage was really good in her role as the woman onna stage as she has an enormous voice ana beautiful presence on stage. 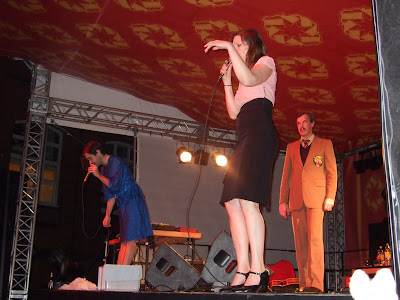 but also that very specific role she thought was nothing more thanutter crap: putta mommy inna dress ana short skirt and have her play some nice dummy ass to the public ana neither think that not even the lowest sunken one out of all of my sisters deserves to be shown inna public location like this!.
ana personally think that woman should keep her head always covered by a pretty hat like just like the ones that i am wearing as to prevent sunstrike cause it happened before that some bun was falling asleep inna hot afternoon sun & got a serious damage inna head! 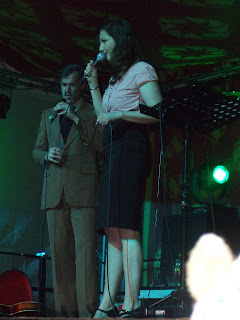 dj la bomb thought that most of the palmingerian jokes had a beard longer than the rica blunck legs and very possibly were leftovers from the nineties ana hope that i did not misquote onna. luckily i do not understand that much german if any at all.

but for sure i noticed that some people got a bit upset due to the reason there was something racist being said against the austrian race and how creepy and they were ana bit more stuff like that. ana remembered the book about lenny murphy and how he put all the micks on one side of the room ana prods on the other but i will go more into detail about that piece of nonfiction later somtime onna internet.

now i gotta leave you ana hope to be back sooon with the kings of dub rock continued but onna friday i will go to see the turbostaat for sure! 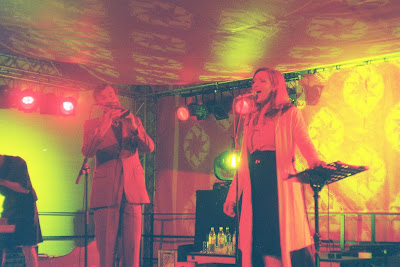 as for today#splaylist this time it is money by embrace - yes i know there singer that good but we all now that there something more about and that we get like half an ignition from it, but must recognize the three parts of faith about it and therefore accept all the wicked things that come down along with it.
unfortunately you will not get to hear this onna internet link i have set for you, but you can hear give me back and cant't forgive and they are really good songs too!