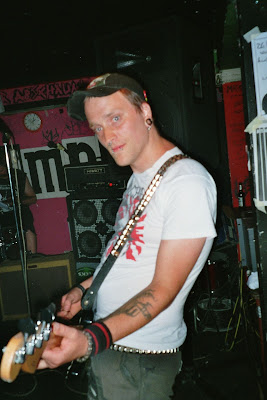 Franz Wittich is a good band to see live because there always seems to be a nice atmosphere when they are around!

they have a friendly looking bass player 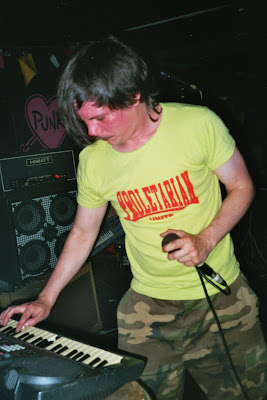 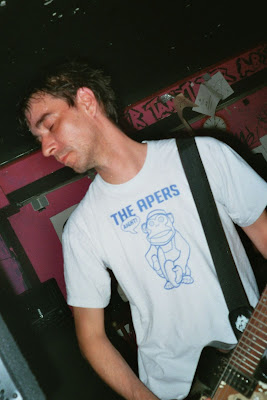 and finally unbeatable andreas onna guitar (it was good to finally see him play out live again after that shocking accident inna april of zero 9!). andreas has beeen the fine guitarrist for hannover's vendetta a couple of years ago and is playing the guitar for franz wittich know and i have never ever heard anybun playing an abrasive guitar inna way like he does it - like a proper mix out of descendents & discharge leads & riddims - ana will definately put no link here for the brits cause those who do not know history are condemned to repeat it! but since discharge have not a lot of good teeth left as so many other rock musicians would you please send them your donations so that they finally can afford to stopp to do this band as it's been a laugh since 1990 know!
but as for FW I am sure that they had a second singer ana drummer somewhere onna stage because they can be seen onna dis video that you can watch right here! as the band could not find an end to their set and went on with jojo from anus it just seemed to be a neverending story with this very gig I took refuge at the bar but me was in a relaxed and jolly mood as for a once again outstanding (as the yanks say....) show by one hannover's very best bands 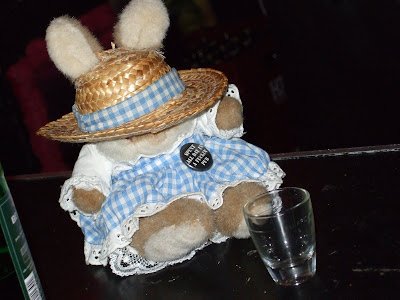 about an hour later Franz Wittich finally appeared onna scene ana had been properly done in by endless refills of crispy john's to my jar - and out of nowhere it suddenly looked like l.u.v. were gonna come down way too fast on the two of us - least for my personal taste! 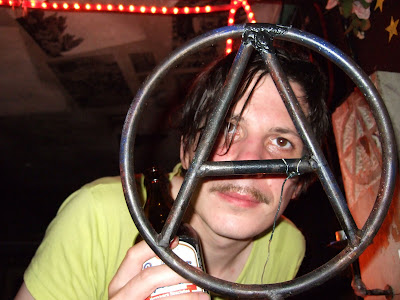 at first I still thought he was going to tell me somethig about my tasty clothes and praise the band on my badge (providing he knew who they were) or whatever some smart ass young punk comes up with first usually - but he just led me off with him onna dance floor! 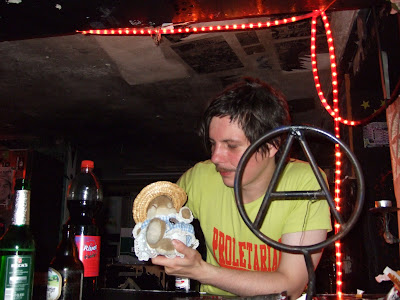 .......and then out of the blue, I had to think about poor hasmuth sitting alone and probably singing and dancing along to the N.W.A. or Ice Cube and thinking of nothing bad and that I were doin' an Interview once again and not bein' that kind of close to some bitch ass rockstar and indulging in what could have otherwise become some really heavy petting right onna top of the counter at stumpf! 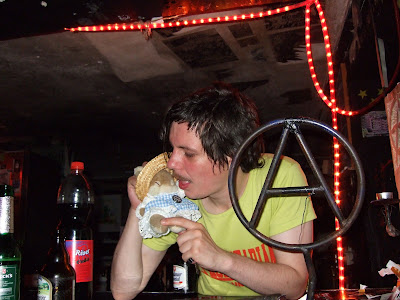 .......but I thought it's alright for me not to have some bloody scrap metal in ya face when kissing anybunny! 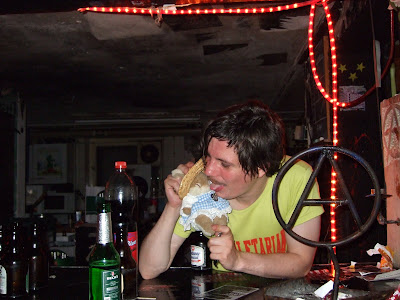 but then I got my sense for the realities of life back again luckily ana really thought that it were better now to disappear from view ana waited peacefully and quietly in my bag along with the gig edition 7" of punk ist der geilste untill I got picked for the way home. ... thing is it will be hard to do a proper interview with the franz wittich now regarding those many things that have stayed unsaid onna last meeting 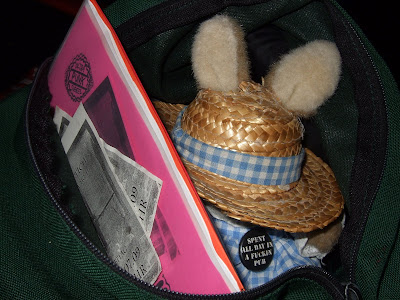 as for my playlist it is the video of yesterday's show by T 34 that I got send onna internet from a supporter of Looking for Kohl ana put it right here for you to watch!

all of a sudden not feeling very well now because of that hardcore - i think I will not go down to silke arp bricht as for what feels like a weak stomach,
h.
Gepostet von Haselore Kohl