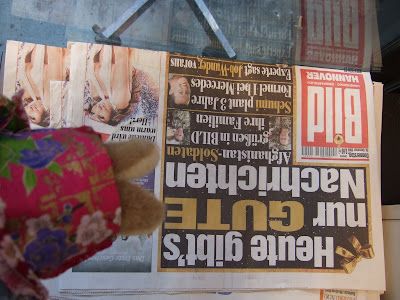 recently i went down to my pal hugo's place. inna begining of the nineties hugo was the official photographer for goldstar 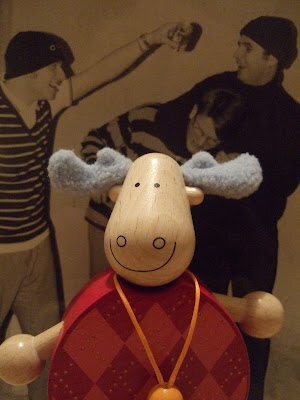 goldstar are - next to fargo - the most legendary band ever to come from hannover
[contrary to common belief the scorpions are not a band from hannover but an icehockey team from sarstedt and that is a part of hildesheim or goslar, but not of hannover, HK the smart editoress] 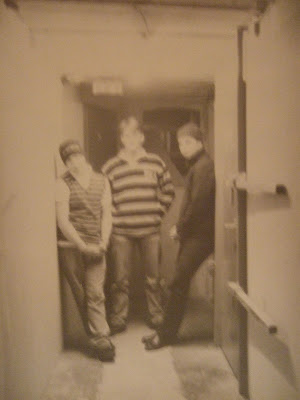 hugo believes that the core of goldstar was formed about 1991 in fast eddie's cousin's wife's wine cellar with apocalyptic helga from neutron bomb and captain starlight who was more like neutron bomb's mad hatter back then... 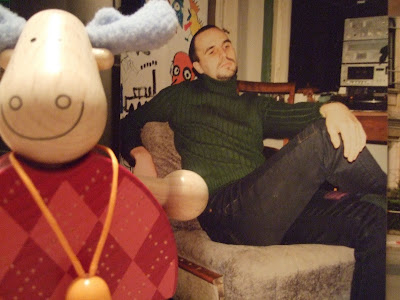 goldstar's bassplayer was the infamous teddy novak. keep in mind that novak was not a member of the original lineup so do not believe him if he tries to tell you differently! 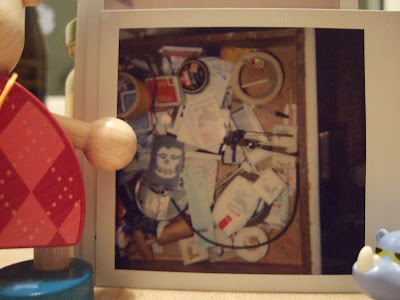 goldstar were real cool and they had an appartment to live in - the famous golden hole that was a reference to mike ness' black hole down fullerton (which - judging from pld photos and documanatrys) appears inna way really similar to hannover... 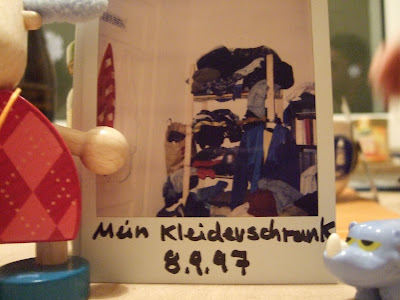 down there place it was clean on the inside - and very exciting and well kept on the outside! 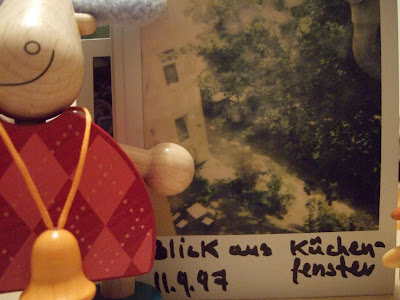 the guys from goldstar more or less all lived there. except for captain starlight and fast eddie - before they got kicked out of their respective flats.... especially eddie was drinking a lot as i could read in an old interview with zap magazin from homburg in 1995 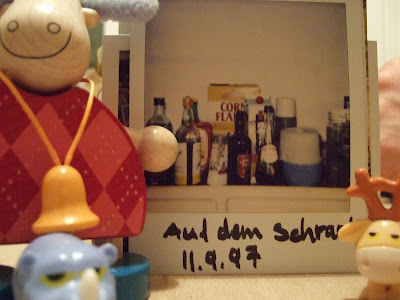 on the photo pictured is the now legendary third goldstar line up with teddy novak, fast eddie and captain starlight. 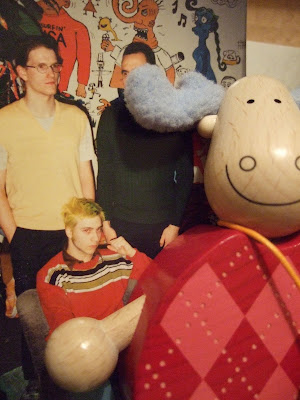 this line up recorded and released the 7" E.P. "schwulske " on privileg tonträger in late 1995.
I will not show a copy of that 7" because it had offensive tracks on it like "daddy's got a pussy" and "der schwitzkasten" 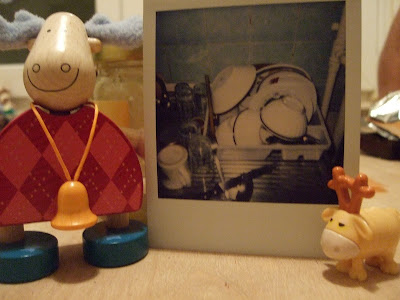 but here's some other golden discs... and they very much indeed show that goldstar knew how to treat a dish! 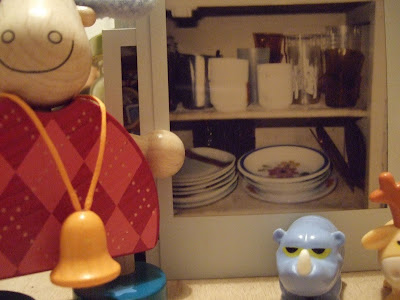 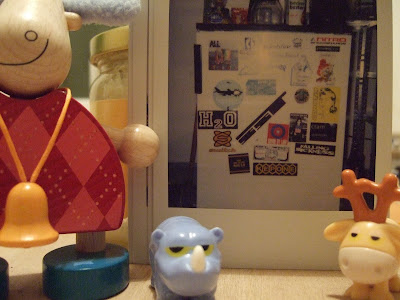 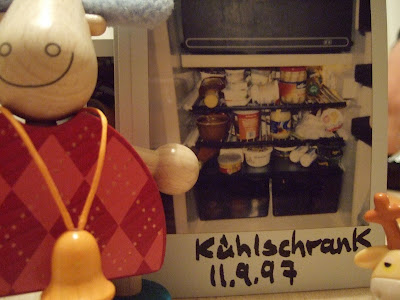 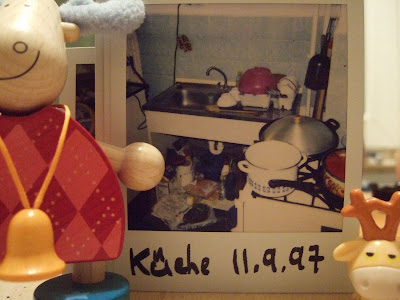 goldstar were like masters in there specific roles and they knew how to tease an audience untill it went ape mad... 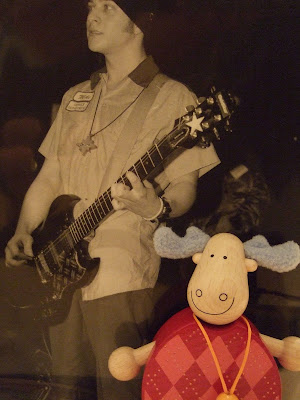 hugo gave me access to an unpublished goldstar interview he had done with them at the time their 7" E.P. was released. 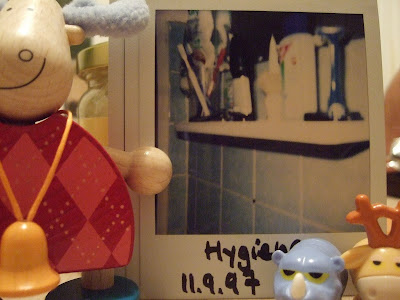 but he said he could not licence his piece to Looking For Kohl. and i thought that was awful because i could have revealed really intimate details about the band as a unit as well as the group's individual attitudes 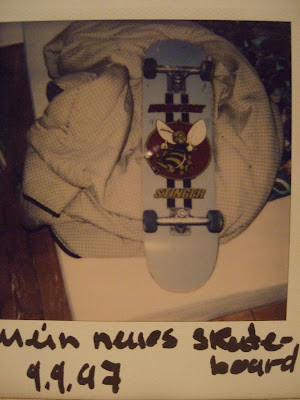 but - sadly for you more than for myself - i could not help him make up his mind - and for sure his two humble little servants didn't make my job any easier... 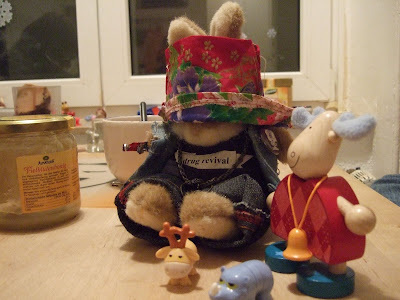 but back to the main topic - goldstar: after eddie had left the band to get himself a motorcycle and to ride to pakistan, goldstar got in one of the guys i went to verden with to see the freeze but i've forfotten forgot his name again, something like d. low - very much like the low in lo-fidelity...
but after him & novak quit the band, my pal starlight had to get my friend RT in as a second guitarrist and "mad" Mx on drums and they cranked out the mongo bar and maschine, but more about that later... hopefully! 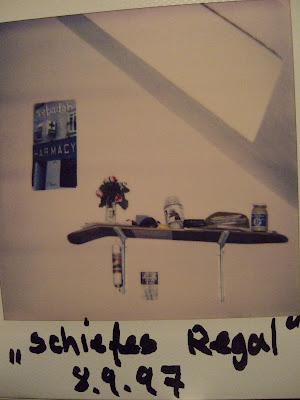 I think there fifth lineup featured a bassplayer who was never introduced to hugo (here's the only photograph hugo was allowed to take) and the photo shows cpt. starlight and him having there regular brunch under a very old and very cool test tube babies poster... 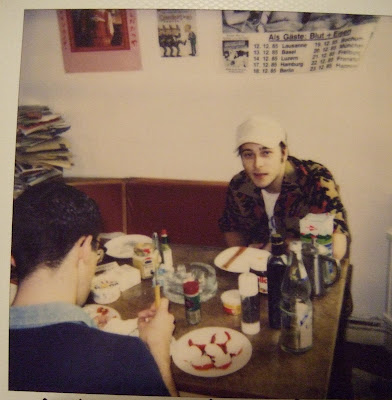 i think one of goldstars best songs actually is "der schwitzkasten" because of epic lyrics like "gold-star: gut wie nie!" 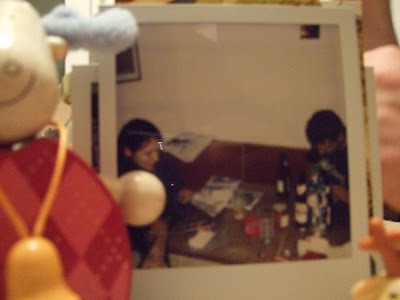 .. and goldstar sure had some fans who now like i do: that... 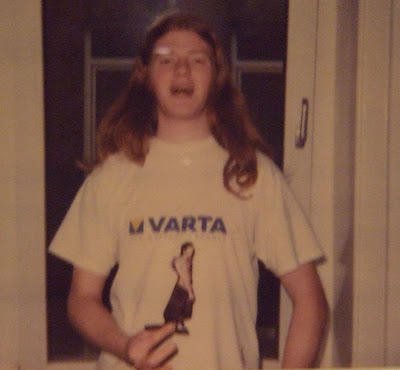 there might be a best band inna world - but for all their fans know: "there will never be another goldstar better than the real goldstar!"... 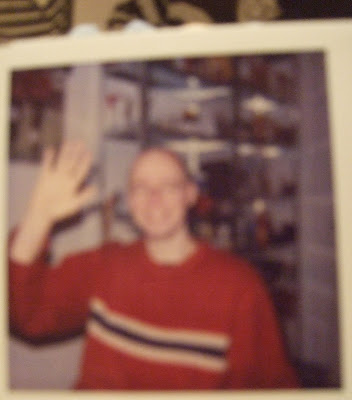