hasmuth told me somebun were gonna pay him for some reviews and it seems like he thinks he's going to be the next jon landau (which would my stomach make turn for all the shit musicians he will be coming up with then...) - or rather maybe some sorta white pawed tookie williams (which would be cool inna way cause it were gonna solve most of my problems that got to do with a proper housekeeping...) 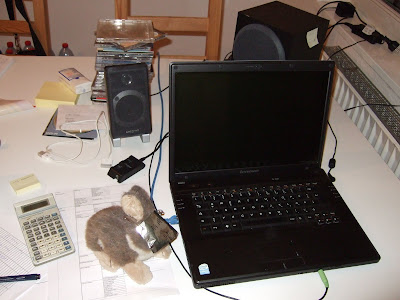 ...so the sucker's off writing some stuff for somebun and finally i've got some time for myself, checking out the neighbors inna hood and maybe watching some jerry jackson cause i found out that he's got a new info up on his internet and even better he's got a new one up on that tells you that racism is a really bad thing and not funny at all... 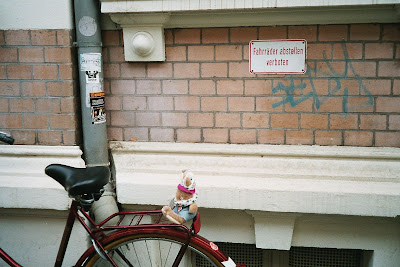 inna evening we met back home and he suddenly shouted senseless abuse at me, inna fake b-boy style like this one here:

"fuck you hase-lore - hahaha - haha - I'm the wigga you love to hate"
[most of the original lyrics had been subject to change, yours hk, smart editoress]

... and i was getting really upset and started thinking about a divorce again. but that's none of your business, so have a great day anyways and don't forget that honky will never ever become a true five percenter, yours haselore
Gepostet von Haselore Kohl