give the mule what she wants

..
and as you can guess she is is well into heavy rock - so somebun gotta have dinner before going out so that the basspsrts would not turn her stomach upside down 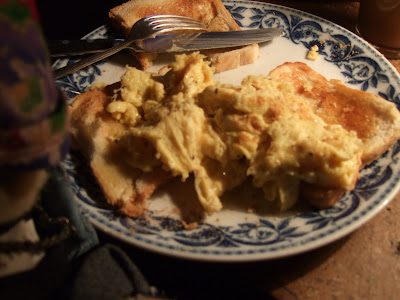 because.. inna last week i waent off to an oldschool hard blues rock evening with bits of distorted guitars, tambourine and some bass heavy grooves - yeah in der very cool lokalpatrioten style and "supporting two dedicated local bands who deserve the attention well"- as the guy from profane existence magazine would have very probably put it - providing she still had the magazine going... 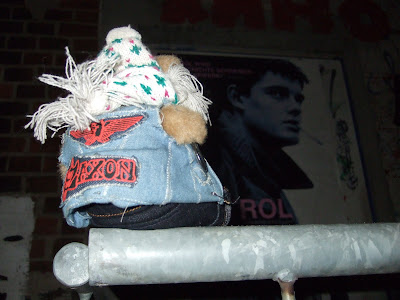 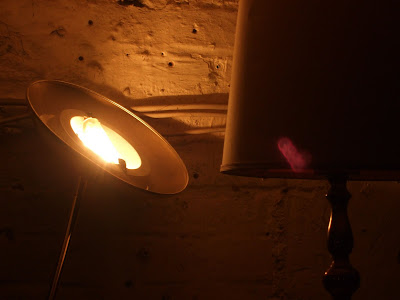 down at der glocksee i soon made aquaintance with my pal king v. and he took me to his room, where he had a session going on with hier krepiert III. but what they were playing down the cellar with his band... well... to be quite honest sounded a bit senseless to me... and sometimes really ouit of tune... inna way.... as you might want to check out for your beautiful selves by clicking right here 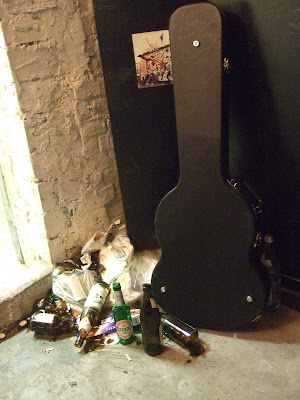 and as you will have probably already found for yourselves out by know is that i gotta watch hier krepiert playing some of the most awful hippie type krautrock filled with so many old cliches that I#ve rarely heard them performed this boldly in recent times...

then came the time h.o.r.e kicked off their set at the cafe and i went up the icy flight of stairs straight direction of little babylon to check them out for myself and they were alright and real heavy as you can see right here

h.o.r.e. were really well trained and they did have a wall of sound. i bet that they could have gone on for much longer than they actually played. ... and i think they maybe played for a bit longer than what would have been necessary - but after all: they have a tambourine and they were gonna use it in some of they're songs which i think is very cool & hyenas style, and i thought they were playing some proper when the levee breaks styled hard & heavy rock with lots of cool beats. .. and as for my very self; i had a rteally good time onna dancefloor! 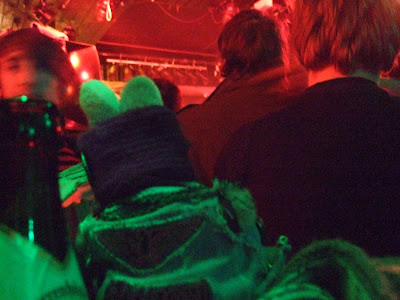 though some people inna audience giving me there cool evil eyes and i still dunno why; maybe they did not like that i was in company of a professional film team and a couple of bodyguards - but nevermind the bollocks and just screw the lot of them - i was having stupid fun! 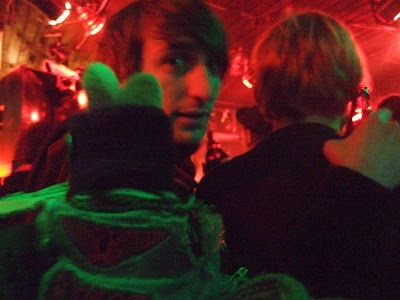 but then what i will never understand about h.o.r.e. and all other bands over here using english lyrics is that why on earth they are singing inna english language that most jerrys simply won't understand as my previous experiences inna dis country here show from what i have experienced with it's natives... and for real: nobun here in germany is really interested in understanding any english though they all use it for making up there fake english-style words like calling a bleeding mofo a fucking handy - the nips you know, they at least can write some english which makes up for their terrible pronounciation and that they don't understand a word you say, but the jerrys... you know, they all think they are fucking US citizens just because they had some of ther buddies' nukes stored under some motorways and bridges and honestly the fritzens are nothing better than what you would have thought of the frogs... 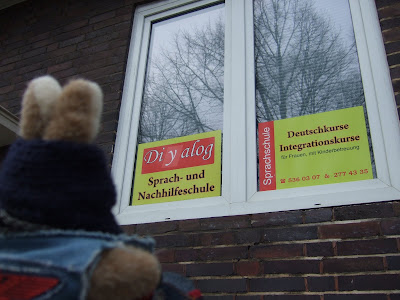 i mean, german's such a heavy language to learn as I know from my daily experiences, so why'd you learn another language once you got top speak your own halfway properly at least...
but now you should now rather enjoy another short vid showing myself getting onna dancefloor yet again after having a short nip onna bar table, than endlessly thinking about what language you're going to use in your next sentence


later after the show it was time to meet up with the important stickie behind the decks and getting dumont into playing some lazy sunday so i could hop around for some more time cause i would not want to go home to hear fucking juggaknots with hasmuth - but then fuck sixties prog rock what was that onna her arm.... 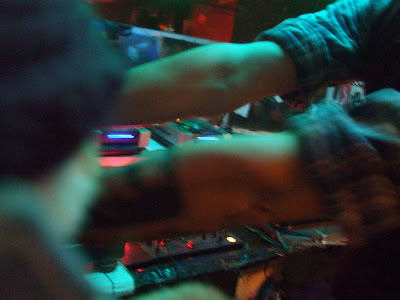 well, this needs some further and a real properly done investigation! for sure soon onna looking for kohl