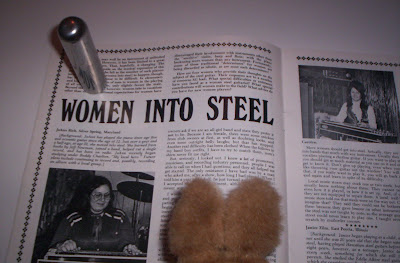 yesterday i thought about my musical career and how it has not developed at all recently and that it would not come forward in massive steps . not like my journalistic career which is ace by the way! 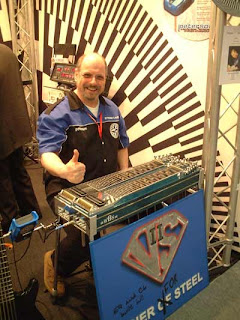 my musical career seems to be somewhat kept on standby... apparently because i have no smashing arrangements with exotic instruments... and so i thought about getting the one instrument which would help me to raise some eyebrowes like tocotronic did when they had a steel guitar in there arrangement for the song freiburg - but a better one for they had only a simple lap steel and it did not look like if the guy playing it had all the capabilities and skills to get a really cool sound apart from just a bit of treble here and some twang there and there's he still got to practice his palm blocking and pick blocking, but i would doubt that the band have got the time for extensive traing onna pedal steel because they did not even have time for a f'ng interview or sign my bloody Mower Book when they came down to hannover in summer to play some greasy festival...

so i checked out my friend JS's personal collection of samples pics and i must say - the chaps playing the instruments best do look allright and seem to be sensible ones - not the kind of jolly scummys that i usually hang out with and later end up with at some messed up bar down the linden... 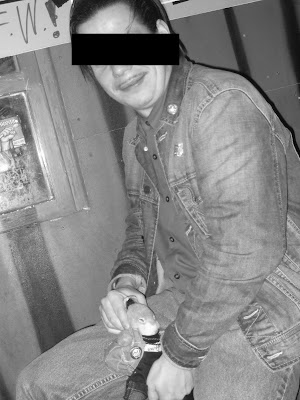 so i got inna hurry to get to the music shop in time to find out if they had these fancy instruments and how much they were and if not if they at least knew of somebun who had them on sale and maybe even better knew how to play these things at all... 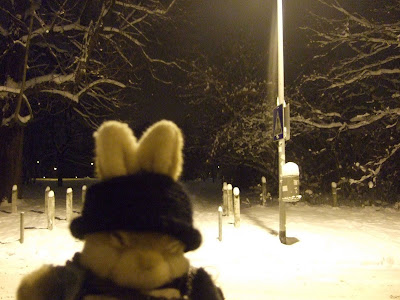 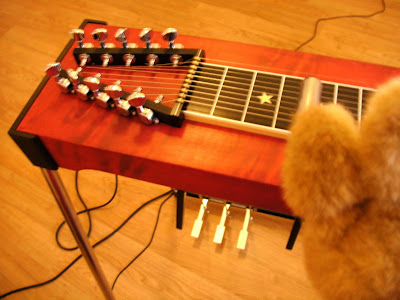 so you should get yourself a well paid job to buy a pedal steel guitar and even more important: you should be learning how to play that bitch inna proper manner so you gotta read the right columns down the important magazines! 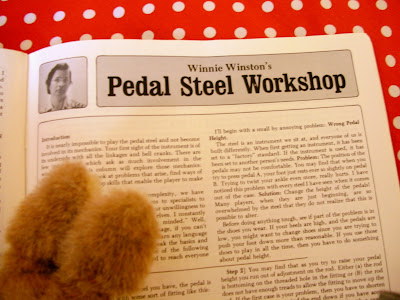 because if you just play the cheap and simple instruments i am sure you will hardly gather a street team of cool bunnies promoting your band's name around yourselves. 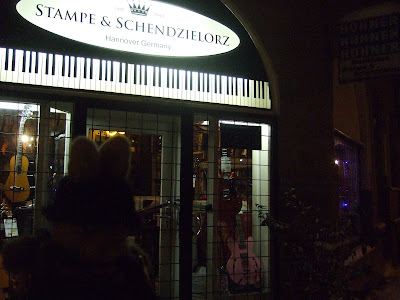 but the shop was closed by the time that i finally arrived their! ..and even worse: all the very exciting exotic instruments were not on display there or much too expensive like that fiine ukulele that were gonna fit perfectly with my paws! 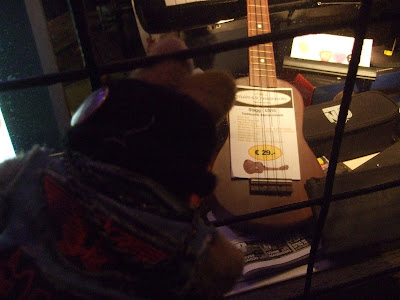 because if you don't plan to bomb a bank actually you should not be that stupid wasting all your precious time running around with explosives ready to knock down somebun else's evil government ! you should rather get a cool instrument because the more exotic your gear is the more money people downtown will pay you to just leave them alone and stop playing instead of getting on their nerves in vain 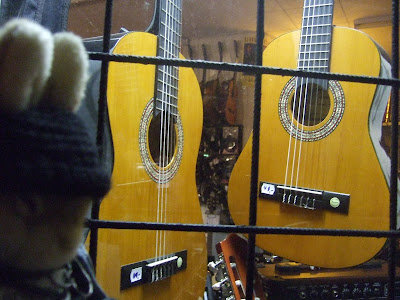 'cause you need some type of anchor to get people hooked. and hier krepiert do not only share those cool HK initials with my beautiful self but they have rocking rolf drumming for them which means they don't need expensive gear! cause if you do have rocking rolf as a drummer his very presence helps to get your band's name promoted by a highly motivated street dream team tagging your name onto the underground stations' walls downtown - exactly like somebun did with local blues-dubsters hier krepiert's bandname cause apparently somebun were trying to impress rolf. 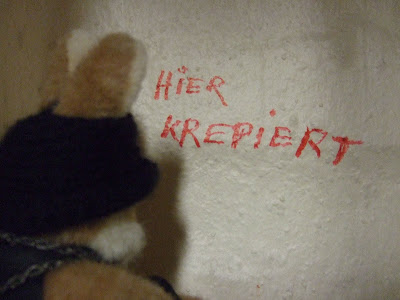 and you will need expensive equipment cause otherwise people will think your band is rubbish....! and you would not want that, would you?
when you call your band hier krepiert II - then you can do just about anything with nobun getting angry at you - even if you will probably at first will use the instruments that are easier to perform on and much cheaper to get hold of... 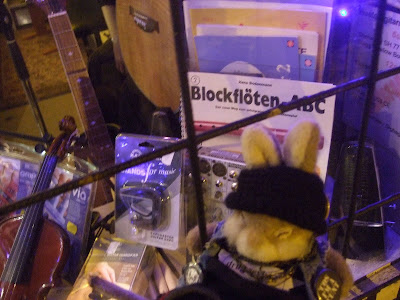 ... and later even take some screwed up organ's ridddim instead of a real drums'n'bass for a backing track. so better get your selves cool keyboards soon and get ready to compose your own lullabies for your kids like me pal king v does! 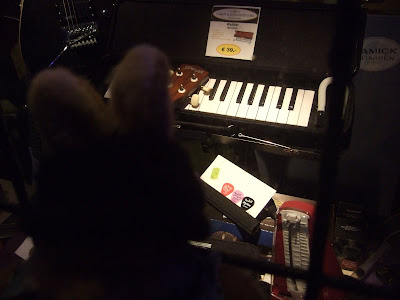 well, as for my self i am off to bed know, yours, haselore